Posted on May 31, 2012 by dalstonliteraryreview

Are you depressed about the turn in the weather? Do you yearn for the sunny days of yore (or last week), when you could laze in London Fields with your hipster mates and desecrate the grass with your barbecues? Well, being of a sunny disposition, the DLR is here to give you a little boost to show you why it’s not that bad a thing for the weather to turn. 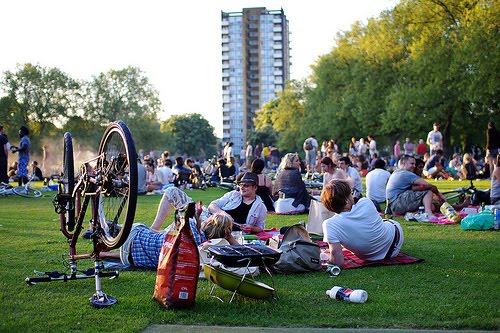 We see you, grass decorators, in your hats and sunglasses. Think of the blades!

Obviously, they thought ourselves pretty special people to have a front-row seat to such a rare event, but as we discovered later, other Hackney-based friends had been in the vicinity of stabbings that day. As it turns out, there was a series of three attacks involving five stabbings in Hackney within 24 hours.

Two days later, the DLR’s intrepid cultural reporters were attending an opening at the Chisenhale (shoutz to Amalia Pica!) and in high, summery spirits as we went to the pub with the art riffraff (and with none other than Chloe Sevigny, apparently, in town for that transgender hitman series). Little were we to know that bicycles were being merrily stolen outside, with heavy-duty locks severed by some heavier-duty cutters. There’s obviously no chance of finding the culprits, although now we think about it, Sevigny disappeared from that afterparty at about the same time as the bikes. Curious.

Such a spate of crime struck us as unusual, whatever Hackney’s reputation might be, and the explanation of a friend, that the warm weather brought it on, got us researching. Can weather affect crime? Does summer bring more violent incidents?

As avid early Spike Lee fans, we were naturally reminded of Do the Right Thing, a story of racial tensions in Bedford-Stuyvesant, Brooklyn on one of the hottest days of the year. As the mercury rises, so does the racial tension as Italian-American pizzeria owners come to blows with residents in the majority black area. 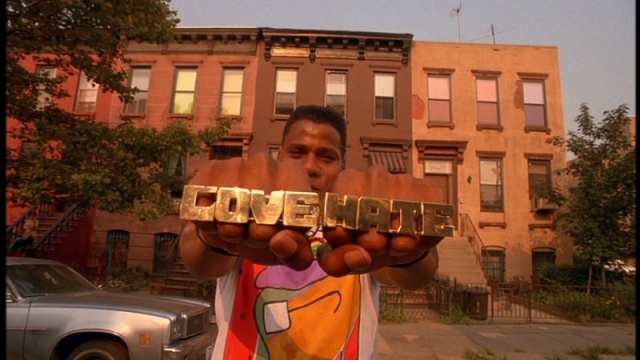 So, the idea of weather affecting levels of violence already exists in the popular discourse. But is there evidence to support this old wives’ tale? It turns out that the answer is yes. Empirical research has suggested that as temperatures rise, so tempers fray. But it’s not just a physiological/psychological issue, as it’s also to do with opportunity. As people spend a lot more time outside in nice weather, making it a lot more likley that they’ll run into each other. Sometimes they just happen to be running with crude bladed weapons.

The research suggests that temperature rises increase the incidence of assault, domestic violence and rape. It shows a good correlation on burglary (presumably because houses are empty for longer), is less clear on homicide and temperature appears to have little effect on motor vehicle theft or robbery.

Interesting, no? But our speculative research goes further. For one of the DLR’s crack reporters (as in a good reporter, not a reporter addicted to crack), perhaps tiring of Hackney’s crime-heat wave, has decamped to Southeast Asia (more on that later). And so we thought: why is there not more crime in this part of the world, where crime rates in places such as Singapore are remarkably low? Because every time we come here we are reminded of two adjectives: hot and sticky. Maybe a third: relentless. Of course, it’s likely that the main reason is the soft authoritarian government, but could it also be that when it gets too hot people become more lethargic, and hence can’t be bothered to fight? This is suggested by some of the research on temperature and crime, where temperatures above 85 degrees fahrenheit (that’s about 30 in fancy European language) lead to a reversal in the trend towards heat-driven violence.

So, next time you’re complaining about the rain, just think about the dampening effect this might have on Hackney’s shanking rate. Always a silver lining, eh?

This entry was posted in Democratic People's Republic of Dalstonia and tagged crime, Hackney, stabbing, temperature, weather. Bookmark the permalink.