Posted on August 16, 2011 by dalstonliteraryreview

No, this isn’t another post about the riots. If you’re anything like us, you’ve read quite enough words over the past week debating whether the solution is either to give everyone under the age of 18 on the Pembury estate a cushy job in fast-moving retail goods and a luxury pad kitted out with flat-screen TVs and walk-in shoe wardrobes, or to drive them from their homes with stick-carrying mobs as if they were snakes in Ireland. (Warning: read that Melanie Phillips article with caution. Four people have been submitted to hospital having had a breakdown from pure rage in the midst of it.)

But we’re not leaving the topic of troubled and violent youth entirely. In fact, the DLR would like to contextualise the recent riots by drawing attention to another youth movement running wild and causing havoc.

Except this youth movement really is off the hook. Just like the recent riots, this is partly because there aren’t enough security forces in the capital city. Well, actually, there are no effective police forces across the whole country.

For this is not the hooded, entitled youths of a developed country, but the bescarved, poverty-stricken youths of Somalia. Tooled up not with shanks and hammers but with Kalashnikovs, RPGs and ‘technicals’. Fighting not the Met with bricks, but the Ugandan and Burundian military presence with small arms and IEDs. Aiming not for a new pair of trainers, but an Islamic state. This really is the youth gone wild. 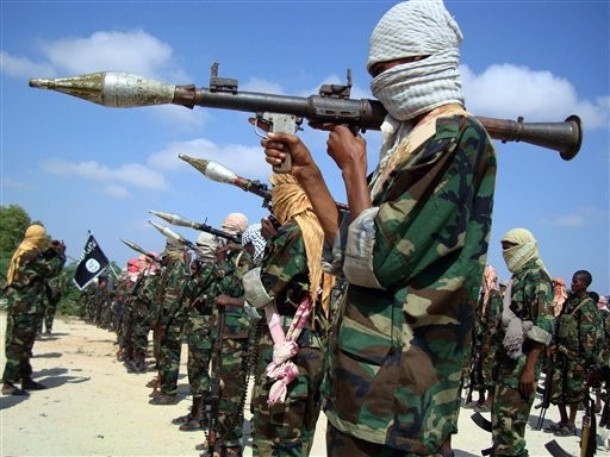 Take note, kids of Hackney. This is what a REAL youth rioter looks like.

In the murky world of Somali insurgents, the Shabab (literally, the youth) is the hardest,  most fanatical and most successful of non-state armed groups. They now control much of southern Somalia, but there are signs that they are currently on the back foot. They’ve definitely had a bad month.

The young’uns (as we like to call the little cherubs), for instance, were unclear on their strategy towards the famine affecting large swathes of Somalia. Initially, they denied it existed and refused international aid, then they meekly admitted that maybe, yes, all those emaciated people had died from a lack of food, before once again suggesting that there was no famine and, actually, those people were just having a lie-down and would be back on their feet in no time. 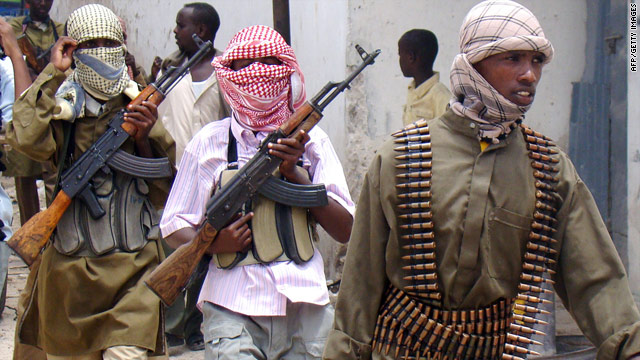 Awww, look at their little cherubic faces. It just makes you want to squeeze their cheeks. The feisty little scamps.

Then, earlier this month, they withdrew from their positions in Mogadishu as part of a ‘tactical withdrawal’. That’s what they want you to think, anyway. Arguably, their withdrawal was because they are a bunch of pansies who are being edged out by the African Union Mission in Somalia and they can’t hold their ground. But we wouldn’t say that to their faces.

It seems the Shabab might now be facing a bit of a dilemma. Unable to prevent a famine in the areas of Somalia they control, factionalism has arisen and is compounding recent military setbacks. Some within the Shabab are unhappy with the international jihadist agenda that has co-opted the movement, moving it away from its nationalist roots. These fractures are hindering the group’s ability to function. All good, one might think: after all, the Shabab have some policies that are just as distasteful to the ‘liberal West’ as those of the Taliban in the 1990s, from public beheadings to stringent application of sharia and forcible recruitment of individuals for labour and fighting. 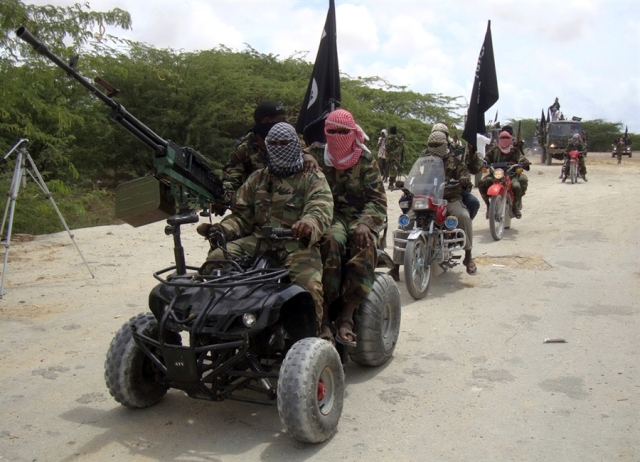 Sometimes all the guns in the world still can’t stop you from looking like a child on a toy.

The only problem is, what comes next? Since 1991, Somalia has not had a functioning government, and much of this period has been characterised by warlordism and general anarchy (proper, full-fat anarchy, not the Anarchy Lite we saw in Hackney last week). The Islamic Courts Union that came to power in 2006 offered the first chance of law and order in Somalia, albeit at the price of a fairly strict Islamic state. But that wasn’t acceptable to the US and its allies, so Ethiopia invaded in December 2006 and kicked them out. The Shabab that rose up in their place were altogether even less pleasant and disciplined; they were the Looters of Mogadishu, if you will. But they also offered some stability, although at a price even more objectionable than the ICU’s.

With the Shabab weakening, it’s not entirely clear who will take their place. The Transitional Federal Government remains too weak and divided, and the international community has no appetite for state building in a place as dangerous as Somalia. Obviously, the best option is for a credible, representative government to be formed and exert control over the country. Somaliland, an autonomous area, is an example of a well-governed area of Somalia (it used to be British Somaliland, unlike the rest of Somalia that was run by the Italians. Just saying), so it is possible. But it doesn’t seem likely.

The question is, then, is the Shabab better than nothing? That would be akin to saying that having the looters and rioters in charge is better than having no one in control, so it’s hard to believe. But, if they would stop their pesky famine denial, it could just be true.

This entry was posted in International relations and tagged Islamism, jihadism, Shabab, Somalia. Bookmark the permalink.